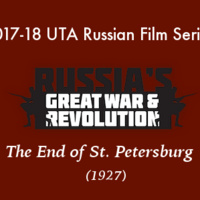 One of two films commissioned by the Soviet government to mark the Revolution’s tenth anniversary, director Vsevolod Pudovkin's masterpiece examines the struggles of ordinary people during the wartime years 1913-1917.