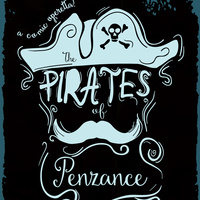 Maverick Theatre: 'The Pirates of Penzance'

The Pirates of Penzance

A Comic Operetta!
Young Frederic has turned 21 and thus completed his apprenticeship to a band of kindhearted pirates. He falls for Mabel, the lovely daughter of law-enforcer Major-General Stanley, only to learn that his birthday falls on Feb. 29, which means he is technically still a pirate. It’s a hilarious farce with sentimental pirates, bumbling policemen, dim-witted young lovers and an eccentric Major-General.