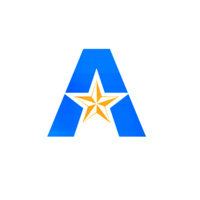 This year’s Hermanns, sponsored by the UTA English Department,  will  on women and writing.  Three writers will be participating in the event:

Sanderia Faye serves on the faculty at Southern Methodist University. Her novel, Mourner’s Bench, won the Hurston/Wright Legacy Award in debut fiction and The Philosophical Society of Texas Award of Merit for fiction.

Sasha Pimentel is a Filipina poet and author of For Want of Water, which won the 2016 National Poetry Series. She is also the author of Insides She Swallowed which won the 2011 American Book Award. She is an Associate Professor in a bilingual (Spanish-English) MFA Program at UT El Paso.

Lina María Ferreira Cabeza-Vanegas is a recipient of a 2016 Writer’s Award from the Rona Jaffe Foundation. Her nonfiction book, Don’t Come Back, came out in January 2017 from Ohio State Press. She has MFA degrees in both creative nonfiction and literary translation, both from the University of Iowa. She is also the author of Drown Sever Sing.

In addition to the readings, there will also be a roundtable discussion with the writers in the afternoon, moderated by Dr. Desiree Henderson.  The moderated discussion will focus on Women and Writing, more specifically on the term “domestic” as used to describe women’s writing. What does that term mean, exactly? And why is it so often used—by critics, writers, readers—so often to describe the writing of women and yet rarely used when discussing writing by men?

All of the invited writers focus heavily on issues of home, and home states and countries, but is that what we mean when we say “domestic”?