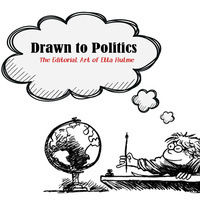 Exhibit: 'Drawn to Politics: The Editorial Art of Etta Hulme'

Described as sharp and smart, witty and well-read, Etta Hulme’s work did not shy away from the issues. Her edginess offended some, mesmerized others, and gave Hulme a platform on which to voice her opinion.

This exhibit features samples of Etta Hulme’s work from the 1940s-2000s and provides an in-depth look at culture, politics, and society. In addition to the original artwork, this exhibit features other archival materials from Hulme’s collection including correspondence, news clippings, photographs, awards, books and literature about cartooning.