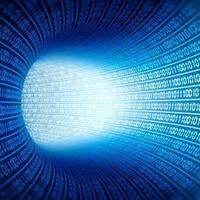 The Future of Supercomputing

The development of supercomputers was fueled in the 1990s by the Energy Department’s desire to maintain the readiness of America’s nuclear stockpile without actual detonation testing. That required computer simulations capable of modeling nuclear processes down to tiny fractions of a second. No computer on the planet was capable of such precision, so the department embarked on a campaign that would raise the processing speed of the world’s best computers by a factor of 10,000. It is the supercomputer’s simulation abilities that are invaluable in science and industry today. They are being applied to research in energy, advanced materials and artificial intelligence, in addition to military applications and other domains. The simulation powers allow scientists to pursue research that was previously impractical or impossible.

Jack Dongarra holds an appointment at the University of Tennessee, Oak Ridge National Laboratory, and the University of Manchester. He specializes in numerical algorithms in linear algebra, parallel computing, use of advanced-computer architectures, programming methodology, and tools for parallel computers. He was awarded the IEEE Sid Fernbach Award in 2004; in 2008 he was the recipient of the first IEEE Medal of Excellence in Scalable Computing; in 2010 he was the first recipient of the SIAM Special Interest Group on Supercomputing's award for Career Achievement; in 2011 he was the recipient of the IEEE Charles Babbage Award; in 2013 he received the ACM/IEEE Ken Kennedy Award; and in 2019 he received the ACM/SIAM Computational Science and Engineering Prize. He is a Fellow of the AAAS, ACM, IEEE, and SIAM and a foreign member of the Russian Academy of Science, a foreign member of the British Royal Society, and a member of the US National Academy of Engineering.

Hosted by: Professor Ishfaq Ahmad and Department of Computer Science and Engineering